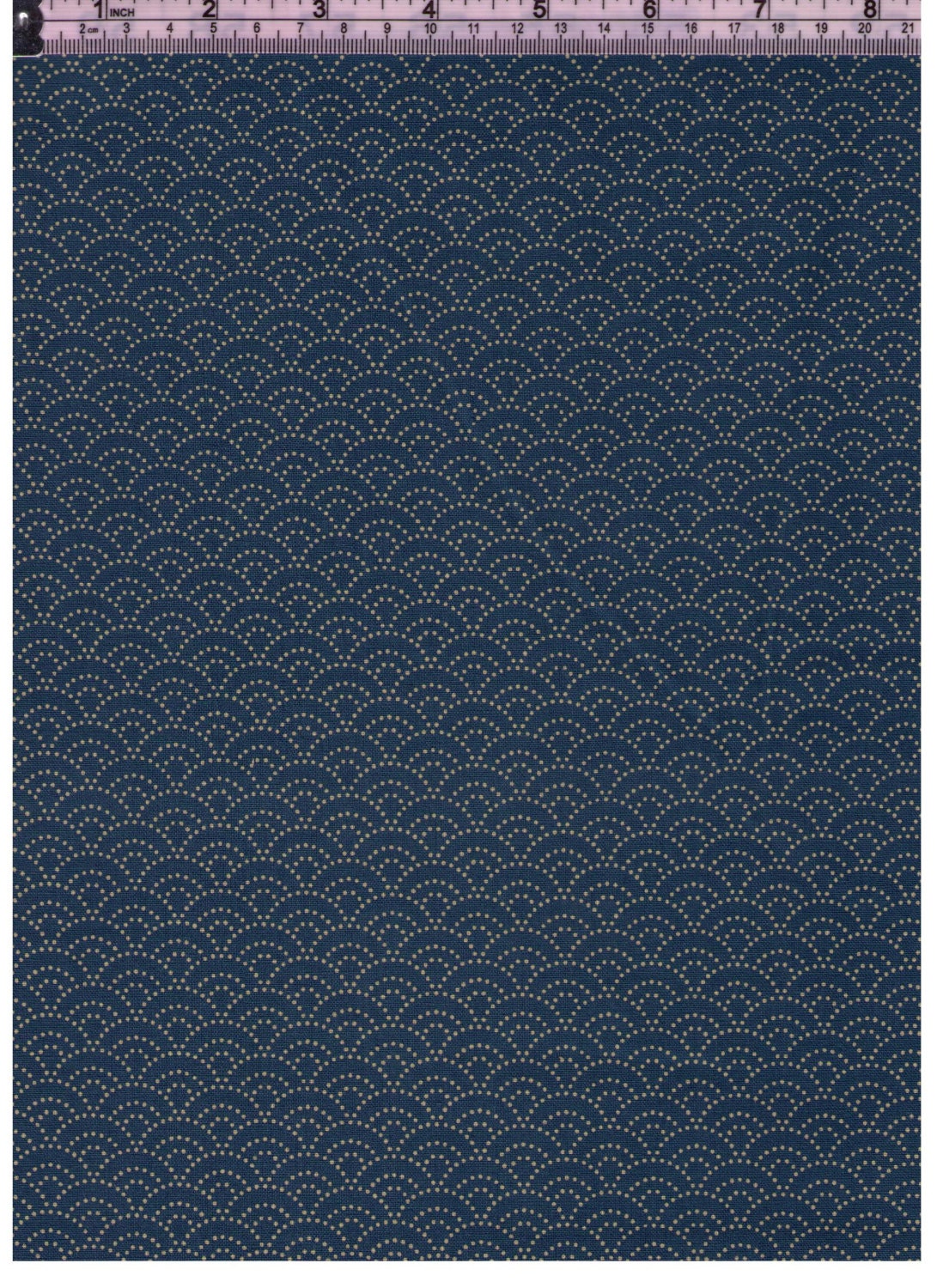 http://www.immortalgeisha.com
青海波 more literally means blue wave of the sea (blue sea wave, wave of the blue sea, etc.) It's a motif consisting of concentric circles that have been overlapped to only show the top portion of each. Some say it represents fans, and others waves. It has been used in Japan as a clothing motif for over a thousand years [1]. It may also be pronounced seikaiha or seigainami.
There are two possible origins of the name seigaiha for this pattern: 1. An artist in the Genroku Era known as Seikai Kanshichi (青海勘七) was fond of the pattern and used it in many of his works. 2. It was the main pattern on a costume for a gagaku performance to a song called Seigaiha.