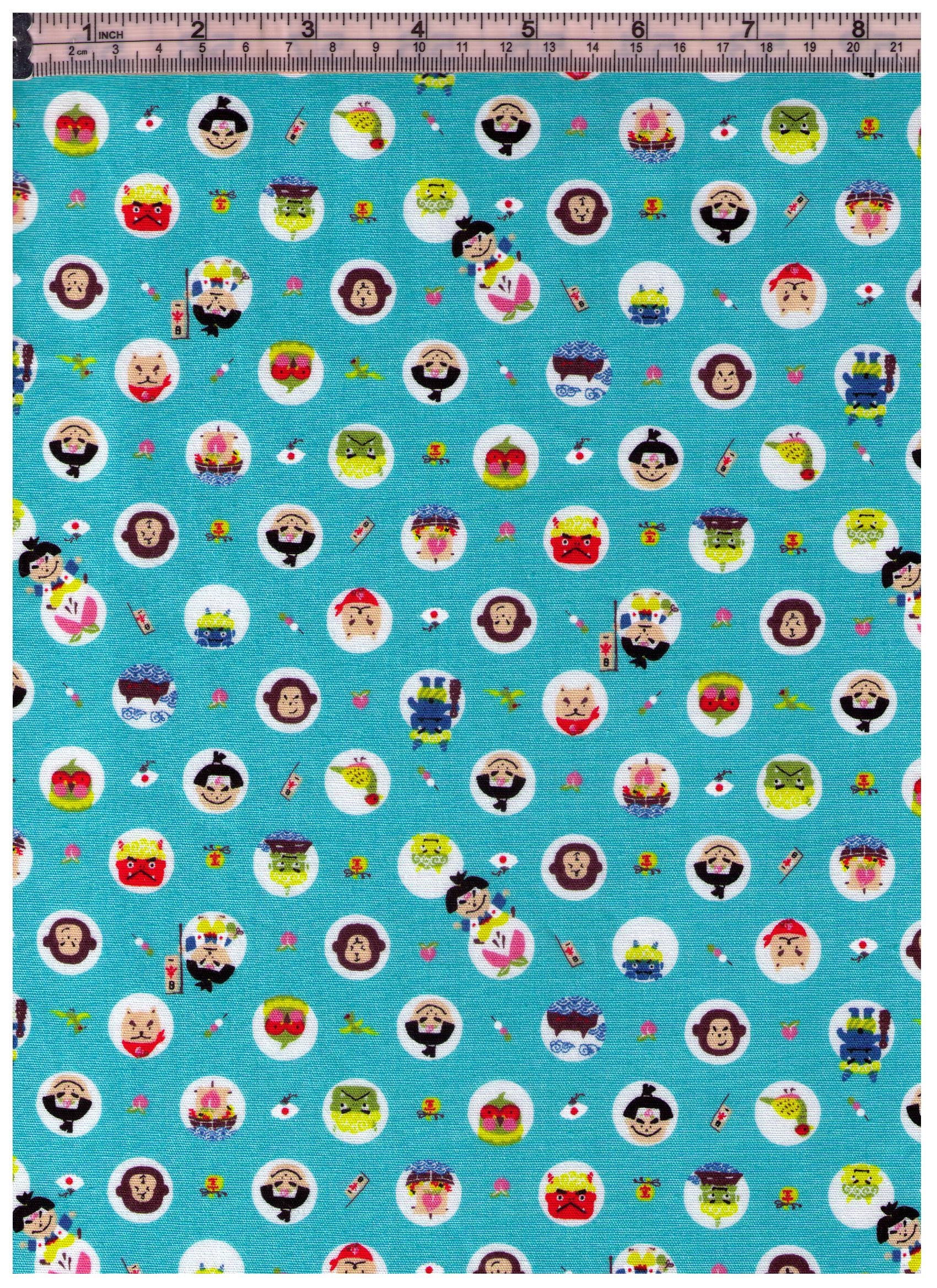 Momotaro came to Earth inside a giant peach. An old, childless woman who was washing clothes, found the peach floating down the river. The woman and her husband discovered the child when they tried to eat the peach. The child explained that he had been sent by Heaven to be their son. The couple named him Momotarō, from momo (peach) and tarō (eldest son in the family).

Later Momotaro and his animal friends: dog, monkey and pheasant beat a band of Oni (demons or ogres) on a distant island. They took the Oni treasure and gave it to Momotaro's parents.