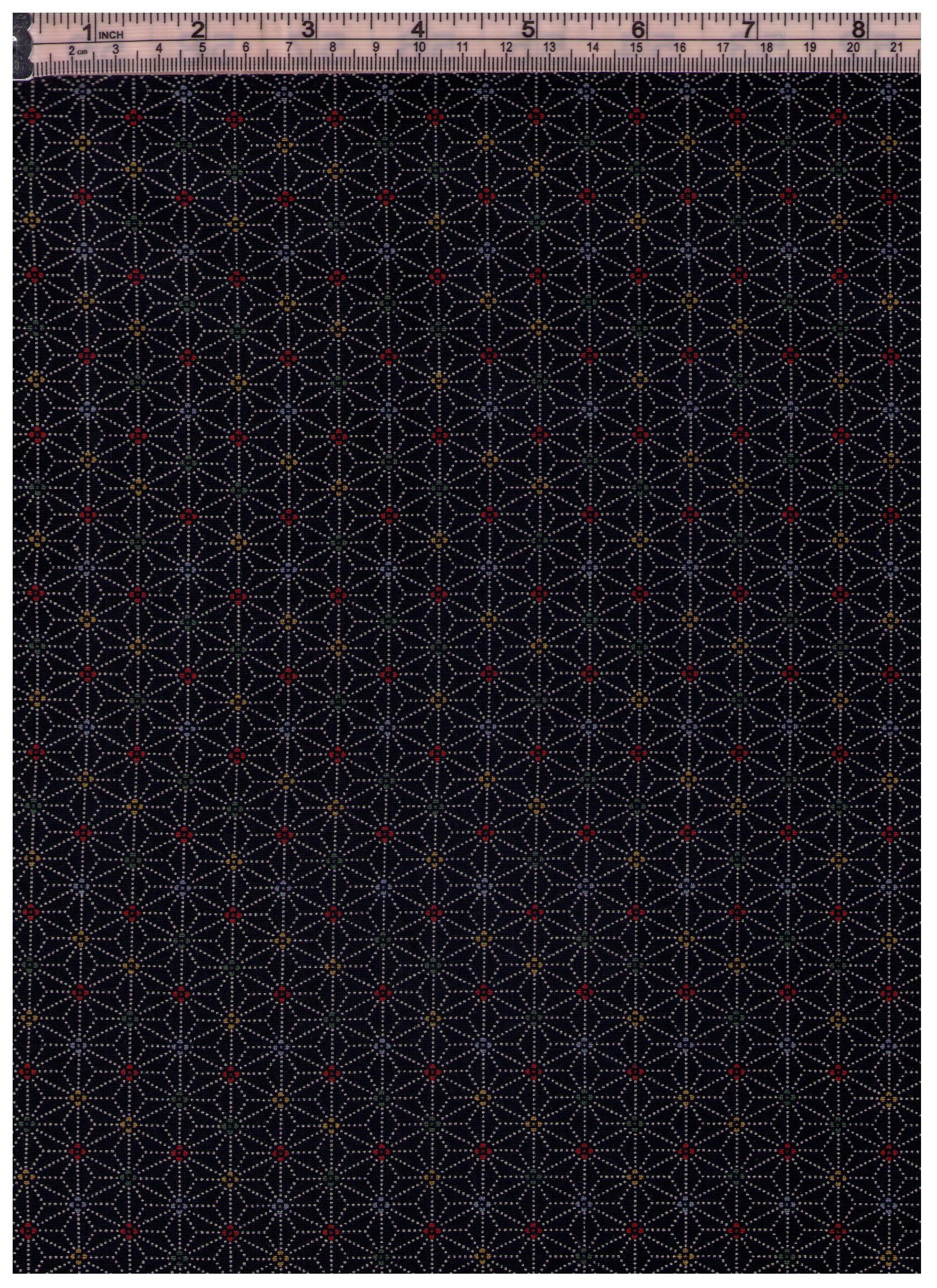 http://www.immortalgeisha.com
Asanoha is a common and versatile motif. While named for the asa (hemp) plant, its origins are entirely geometric (comprised of six diamonds) and as such is considered a seasonless geometric design, popular for its visual presence. It is often used on komono, such as datejime, obi-ita, and obi-makura. It is also very frequently used as a background for more vivid patterns, and shows up in rinzu regularly.